Mount Meru is the fifth highest mountain on the African continent and the second highest in Tanzania and dominates the Arusha National Park with its huge cliffs. The mountain is often used as warm-up hiking in preparation for the Kilimanjaro. However, the technical requirements are greater on Mount Meru than on the Kilimanjaro Routes. On the four-day trekking tour, you are more than likely to see giraffes, buffalos, antelopes and baboons; therefore, a park ranger will accompany you for your safety.

Mt. Meru starts its steep rise from a circular base some 20km across at 2000m. At about 2500m some of the wall has broken away, so the top half of the mountain is shaped like a giant horseshoe. The cliffs of the inner wall below the summit are more than 1500m high, making them among the tallest in Africa. Inside the crater, more recent volcanic eruptions have created a subsidiary peak called the Ash Cone that adds to the scenic splendour.

While climbing Mount Meru is a less intense climb than that of Mount Kilimanjaro, it would be foolish to underestimate the mountain.

The three day trek is a challenging one, and Meru’s height is enough that altitude sickness can come into play. Arusha’s sometimes fickle weather can also hinder climbing with heavy rain.

As the mountain lies within the boundaries of Arusha National Park, you’ll not only be accompanied by a guide and porters, but also an armed ranger.

That being said, climbing Mt. Meru is still an immensely rewarding activity. On a clear day, the views from atop Mt. Meru are truly amazing.

Mount Meru can be trekked all year around, though the best time to tackle this mountain is during the dry season, from June to the beginning of March. If you’re considering a Mt. Meru trekking tour during November or December you should expect occasional rains during these months. For the best views of the snow-capped rooftop of Africa, Mount Kilimanjaro, we recommend planning your Meru trek for January or February. 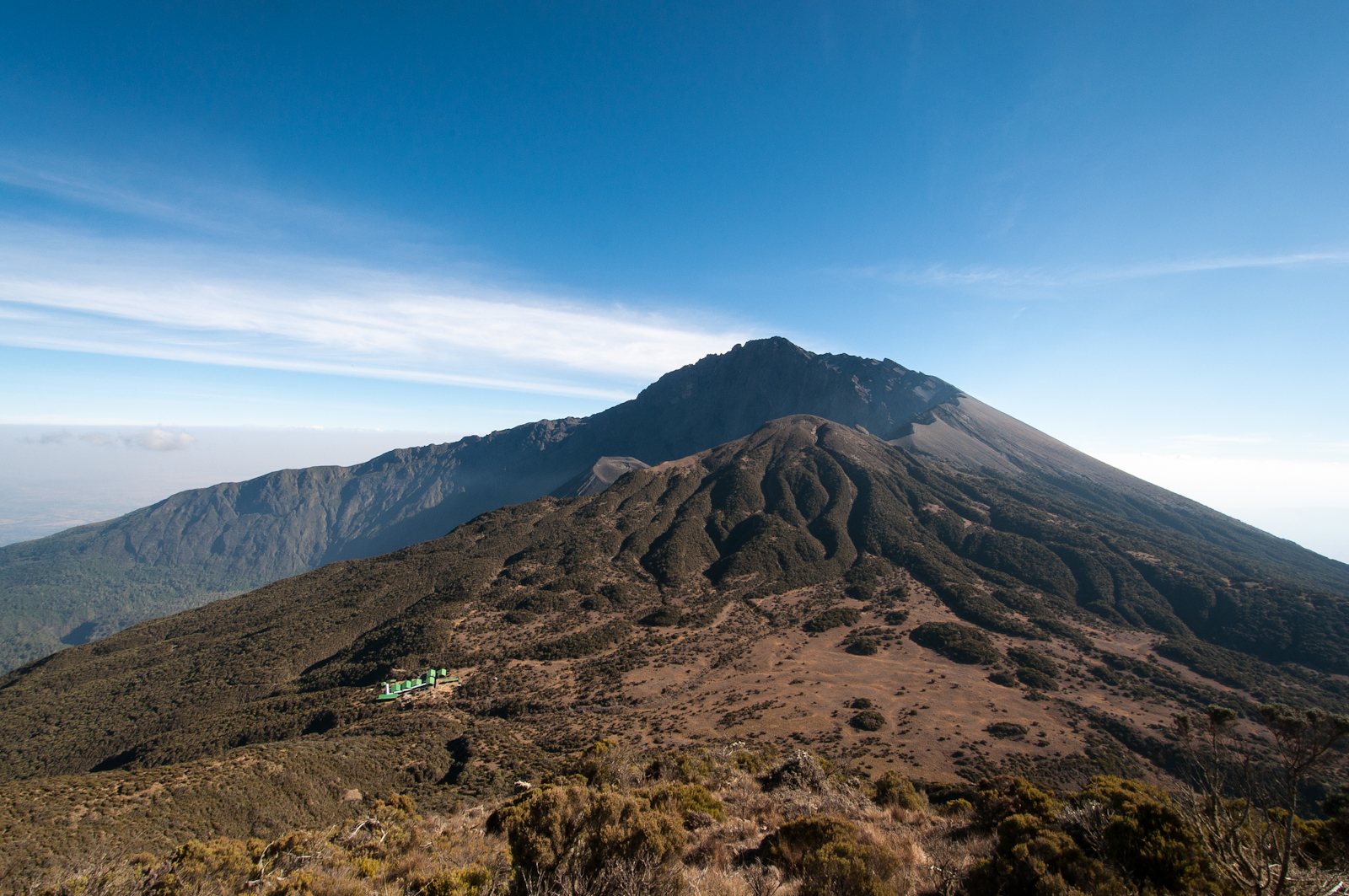