Akagera is almost unrecognisable today compared to just 20 years ago when it was on the verge of being lost forever. While peace was finally restored in the 1990s after the 1994 Genocide against Tutsis, Akagera’s demise was just beginning. Refugees returning to Rwanda after the genocide were still battling for their own survival and turned to the forests for timber, wildlife for protein and the wild savannahs for their livestock. Lions were hunted to local extinction, rhinos disappeared, and the park’s wildlife was displaced by tens of thousands of long-horned cattle. Biodiversity was practically lost, and with it so was employment and tourism. The park’s value was diminished to the point of not existing at all. Which makes where Akagera is today, with its story of revival, even more remarkable.

In 2010, African Parks assumed management of Akagera in partnership with the Rwanda Development Board (RDB), shifting the park’s trajectory from one of oblivion to prosperity and hope. After years of preparation, through effective law enforcement and management, 2017 saw the historic return of 18 Eastern black rhinoceros after a 10-year absence, thanks to the support from the Howard G. Buffett Foundation. Two new male lions were also translocated to Akagera in 2017 to enhance the genetic diversity of the growing pride, which has now tripled since their reintroduction in 2015. With poaching essentially halted, the park’s key wildlife populations have continued to rise. More than 44,000 tourists visited the park in 2018 alone, half of whom were Rwandan nationals, bringing in a record US$2 million in revenue and making the park 75% self-sustaining in just eight years 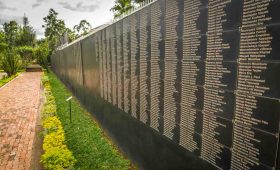 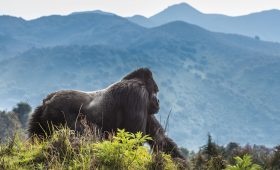